Let’s take a tour to THE WOR(L)DS OF RESHMA JOLY. Born in 1998 in Tamil Nadu and brought up in Cochin, Reshma Joly is a force to be reckoned with.

She began writing from a very young age, penning short stories and maintaining a diary. At the age of ten, she was published by Young World, a children’s supplement by The Hindu which she used to cut out as fuel to see more of her own work in print.
However, at college, she founded a zine that acted as a crash course in independent publishing for the author. A toxic relationship around the same time made writing cathartic; the collection of poems she wrote at the time would later be published as her first book, ‘Salty Blues’. The illustrated book became popular among the heartbroken because it understood them and it helped them
heal.

But she soon realized that people were eager to slot her as a poet when she had no interest in labels.

Within two months, she wrote and published erotica, ‘This Time’ inspired by her life in German.

And if you thought she writes only about relationships, you thought wrong because her
the upcoming book is inspired by Indian mythology. If you thought she can only write, you are wrong again. Furthermore the Youtube channel she serves perspectives on diverse topics.Also, ask her who she is and she will tell you that she is a storyteller, strongly believing that a story will tell you how it needs to be told. With this in mind, she founded the company, R. Joly WOR(L)DS is rooted in story-telling across narrative and form.
Through words, she hopes to create worlds in which we can either lose ourselves or find ourself in. She calls this her purpose in life: to be a lighthouse. A guiding light to safety.

Most demanding skills for the future year- 2025 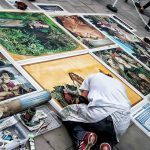