In 2020  where the whole world was in free fall. Everything was so uncertain. No one knew which way the world was headed. Millions of people were getting jobless, homelessness was on its heights.

COVID cases were increasing in every single minute, and winter lockdowns loomed.

Though 2021 started with little relief. One thing that happened well this year is awaited inauguration of President Joe Biden and Vice President Kamala Harris on January 20.  And millions of Americans and even people from across the world reached a collective sigh of relief.

Where people take a sigh, set better hopes and blessed by sunshine in the midst of winter.

In a fortified city of US surrounded by great security and barricades.  A hard-won but joyful and hopeful tryst with democracy was kept.

For  Billions of women and girls worldwide, the inauguration of Kamala Devi Harris as the first black -Indian woman vice president of America was an awe-aspiring moment.

What a moment! History being made.

It was a ground-breaking day of so many people. And also give the inspiration to so many young leaders who are going to lead the world.

The lady was always nourished with good values at the house.

Harris’s parents, Gopalan and Donald Harris, a Jamaican-born professor emeritus of economics at Stanford, met as young graduate students in the civil rights movement at the University of California, Berkeley. Harris had a childhood surrounded by her politically active aunties and uncles. Which always led her to a political conversation with people.

HARRIS’S NATURAL CHARISMA and relatability lend her a version of what you might call the Obama effect. Many of you might relate to that.

What a journey the lady has!

Also, she too has often been the only Black person in the room. The only lady, the only Black and Indian (South Asian) – American woman, forced to prove she’s as good as, if not better than, everyone around her. 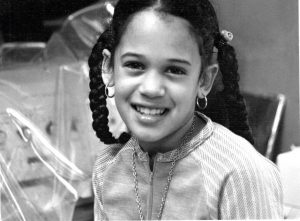 Kamala’s Friend Nientara, a psychiatry resident at the Yale School, doesn’t agree with some of Harris’s neoliberal views but tells me,

“As a brown-skinned South Asian woman who has and is making her professional life in primarily white institutions. It was impossible not to see me in her. Hearing the names Kamala Devi Harris and Shyamala Gopalan Harris read out loud during a presidential press conference was flat-out thrilling.”

Though the leader lady knows that continually being the first.  Furthermore assuring not to be the last, is part of her appeal. “Vice President Harris has already been the ‘first’ many times in her career,” says Michelle Obama. “This is a woman who knows what she’s doing.

The best thing is it can’t be about trying to please everybody. Or prove to certain people you’re good enough for the work.

And the vice president wouldn’t be where she is today if she let that kind of thing get to her.”

Though Our Country (India) needs a MOM, says Sumanto Ray in an Episode of Trending Diary

Where he shared this amazing observation that how the country with female leaders has recovered from Covid faster than ever.

However many countries are still struggling.

Can You Find Love Online?- From The First Message To The Wedding