Success, you all define these multiple ways. We all have our favorite superheroes, sheroes, and some success stories inspire us and remind us to get up again whenever we meet failure.

From being the best actress to the business person of the year, we all have our desires. Desires that are our own. However, success stories are not luck by chance. It takes one’s vision, will, alignment with universe, work, consistency, and much more to reach greater heights.

My grandmother often tells me stories about mythology, history, fantasy, and some real-life success stories.

And mostly started her introduction with “Once upon a time…… “ And every time I was excited to hear something significant about the legend, and the values it gives me was infinite.

There is magic in all the stories, legends, events.  They inspire you and also aspire you to keep become the best version of yourselves.

Though I am not a preacher, yes, I certainly would like to share some o the best success stories that are inspiring me on my journey for improving day by day

If you don’t love this lady, I am certainly going to judge you.

Listening to this lady, certainly pushes me to ask some frequent questions. Who I am, Who I am, and most importantly, who I can be.

The story of a young girl starts from a low-income family of Mississippi. And she was then a media mogul (A billionaire) is undoubtedly one of my favorite success stories.

I really admire her, not because of her immense success in finance and fame. But most importantly, the millions of life this lady touches, life valuable lessons she has given has set me on fire.

I love her, respect her, admire her!

Steve Jobs, I guess many in Business consider him as a godfather.

Jobs is one of the most affectionate entrepreneurs of all time. He was grounded with world-class innovation, which has given too much to the world.

The now revolutionary Apple started with two men in a garage. Years later, we all know it as a $2 billion company with over 4000 employees.

This man has one of the strangest stories I have heard.

I mean, can you imagine the pain of being fired from your company where yahoo has put too many efforts, devoted years of your life to build a giant company. Almost unbelievably, Steve Jobs was fired from the very company he began.

The dismissal made him realize that his passion for his work exceeded the disappointment of failure. Further ventures such as NeXT and Pixar eventually led Jobs back to the CEO position at Apple.

I really found bend towards creativity because of this lady, one of the best person you can learn the art of imagination.

Though, one thing I am going to gift my children is Harry Potter books (One the most fabulous imagination ever)

It’s one of my favorite success stories started from the humble beginnings about someone who has consistently been among Europe’s wealthiest persons – after her books and movies released.

If you ever get failure and thought to give. Pause and reflect why you started!

JK has never given up trying – even after rejections from 12 publishers. And that’s a classic tale of motivation and mindset that’s needed to reach the top bestsellers in the history of literature.

I think it’s finally settled; success stories are built on the back of great work and too much will power, not just daydreaming during the job.

Almost many children of my age and I have spent their childhood watching Micky Mouse and many Disney cartoons.
I guess, will better thanks to him for all the creativity he has ever put into the world.

Most creative geniuses of the 20th century were once fired from a newspaper because he was told he lacked creativity.

XD. Once, even I was fired from a company. I can feel the pain.

But it’s better to move on—this man something big in his mind. Walt had started building characters, wait … most original characters. Which led him to a vast fortune! I mean, who doesn’t know mickey mouse.

Disney formed his first animation company, which was called Laugh-O-Gram Films. He raised $15,000 for the company but eventually was forced to close Laugh-O-Gram, following the close of an important distributor partner.

Desperate and out of money, Disney found his way to Hollywood and faced even more criticism and failure until finally, his first few classic films started to skyrocket in popularity. Disney went on to win 22 academy awards (the most ever!) plus four honoraries, taking the tally to 26.  Walt is even one of the most oscar-nominated person in history with a total of 59.

Probably Every Indian girl is inspired by the massive success of this lady.

From thing of being an astronaut and latter creating a life full of fame, good work and stories, she had a great journey to the Hollywood.

One thing remains constant , she always AIMS HIGH. That’s what I have learned

Once a queen always a queen. Started her journey from winning miss world (Peagent World), Priyanka Chopra has been one of my favorite who has not only to gain Bollywood and Hollywood fame.

But shown to the world what a woman should aspire to be. Fierce, Confident, Independent.

Also, she has ruled the philanthropy world with compassion and love.

Priyanka is a perfect example to keep the balance in building a great career and finding the pure love of her life.

The women have inspired me and give me one of the best lessons to be financially independent.

After all, you can’t wait for someone to buy you the diamonds.

If you are poor, don’t have money to go to school and still you are making it to the highest peak. Like being the first man in the country, You are terrific, Sir!

Though Mr. Modi has created excellent standards for Chaiwala.

He has come a long way from a tea seller to become the Prime Minister of India. Unlike any other rags to riches story, Narendra Modi is an extraordinary leader, swift learner, and humble human being.

Failure and Hardships were part of his life, but every time he has resurrected himself and continued to progress in life.

From making big decisions of life and the power of connecting with people, I am learning a lot from this man’s life.

Okay, I have a soft corner for college school dropouts. I am the one too. Not everyone dares to escape the rat race.

And go to make billions. However, billions are not created overnight.

A Dyslexic child who learned to love everything. Which later became the business principle when he founded Virgin.

Richard traveled an adventurous journey from battling childhood diseases to owning his private island now. He built a vast virgin empire, impact billions of lives, and show the courage to live his dreams.

I personally love Richard Branson, because even I am a big fan of adventurous sports if you are too, welcome to the club.

I like Spanx. I guess every modern girl does.  Blakely started her career as a salesperson, selling fax machines door to door when she came up with the idea for Spanx. The idea came from cutting the feet off of pantyhose and wearing them out. So women can feel comfortable wearing all the panty stuff.

I found Sara a pure entrepreneur soul. It’s fine, it’s fine to make a mistake. And believe me, I am learning this skill too.  The worst thing that can happen is you become memorable.

And it’s also fine to not know of everything. Afterall the biggest lesson I had learned from Sara is to hire your weakness. Unless you are a one-person army, also, ensure that you do things differently from everyone else and unique. I do that one, jeez!

One of the smart moves of Sara Blakely, I found she owns 100% of the company and has self-funded the company since the beginning.

You can sleep well at night without debts, and gave billions in your account that is your own.

Though there are thousands of stories I have come across, some inspire me, some educate me,  and some entertain me. But I love these stories. Let me know what the stories that have inspired you the most are. Comment Below!

How “Work Near Home” is the new trend 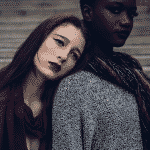